The report for the April Birdwatching Week, the first Birds, Birds, Birds of the spring is now available.

The weather was not great but we managed to make the week a success. 156 species were spotted, including 7 species of herons, 16 species of birds of prey and 20 species of waders. The Alentejo, as usual, provided some highlights of the week such as Vutures (2 species), Golden Eagle and Great Bustard. At Sagres, we saw the only rarity of the week, a Wood Warbler and had great views of Bonelli’s Eagle at Monchique. Lagoa dos Salgados was quiet for a change and the morning at Abicada was productive with great views of Purple and Night Herons. At Quinta do Lago, as usual, we saw very well Purple Swamphens and Little Bittern.

There are still vacancies for the autumn tours. Have a look here. 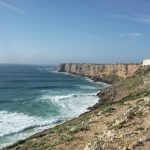 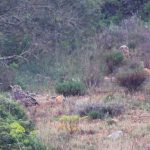