The September Birdwatching Week was laid-back but we still saw more than 130 species!

The week started at Ria de Alvor where we saw a good diversity of waders, an Osprey, 2 Short-toed Eagles and even flushed a Quail! The next day we went to Monchique, explored an area with Cork Oaks and got the main passerines species of the area. Tuesday afternoon was spent at Abicada and we had a lot of frustrating views of Bluethroat but also saw the firts Glossy Ibis of the week. The day at Sagres was brilliant with many passerines and great views of birds of prey (Booted, Bonelli’s and Short-toed Eagles, Honey Buzzard, Egyptian Vulture, Black Kite, Montagu’s and Marsh Harrier) and Black Stork. On Thursday we went to Lagoa dos Salgados and saw more Gossy Ibis, Purple Swamphen and many waders again. The day in the Alentejo was hard work beacuse of the drought but we still managed to see Black-bellied Sandgrouse, Great Bustard Griffon and Black Vulture. Saturday was more relaxed. One that day, we visited the castle of Silves and nearby ricefields. On Sunday, we explored the area by the airport which produced many ducks and Little Bittern. 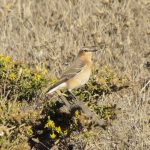 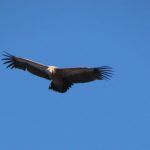