In Europe, some countries use, legaly, anti inflamatory products, like Diclofenac for domestic animals such as as a support of therapy for locomotory disorders, inflamatory problems, fever and pains.

In Portugal, the use of this product for animals is forbidden. However, an authorisation for its legalisation and sale is being evaluated by the Portuguese state.

Birds feeding on carcasses of animals previously treated with diclofenac die, even though this product is not toxic for the cattle or humans.

The use of this product could lead in a huge decrease for the portuguese vultures, as it already happened in some South Asian countries at the beginning of the 90’s where a drop of 99% was due to to ingestion of cattle treated with diclofenac.

Also, 30 years ago, these 3 species of vultues were decreasing in the Iberian Peninsula. Even though they do not have natural predators, these species face several threats like intoxication, poisonning, electrocution, forest fires, perturbation. Authorizing the use of diclofenac in Portugal could present a new threat for these species. Treating a small number of animals with diclofenac could lead to mass death of vultures which usually feed in groups. Moreover, the whole predatory birds community, such as eagles, could be affected.

Several organisations such as BirdLife and some of its partners and the Vulture Conservation Foundation launched a campaign to ban this product, more info here. 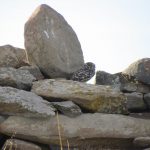 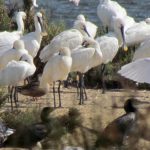