On Sunday January 20th, a 1st winter Ring-billed Gull was found at Lagoa dos Salgados by A Rocha Life guide Guillaume Réthoré. This American species appear in Europe every year, mostly between November and April. In Portugal, most of the observations are from the West coast and the first Iberian record was a bird found near Lisbon in April 1981. In the Algarve, the species is scarce and it was recorded at Lagoa dos Salgados, the Arade estuary and Ria de Alvor.  There, the species was recorded 5 times: in 1999 (1 record), 1998 (3 records) and 2000 (1 record).

Lagoa dos Salgados and Ria de Alvor are two places we visit regularly, have a look at our tours. 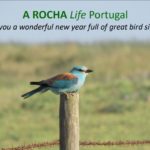 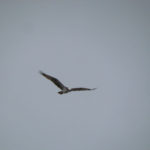