A map withe the results can be seen here.

This species is seen almost every year at Ria de Alvor since 2007 and was recorded there for the first time in 1990.

Like other species of herons, the Great White Egret has expanded a lot in Western Europe and the number of birds seen in Portugal is increasing too. 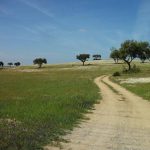 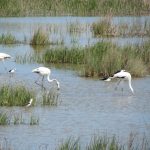 What is the best month for birds?Updates