The May Birds, Birds, Birds week was another success, with many species seen, some of them unexpected, in spite of the weather. 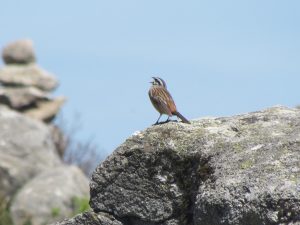 The week started with a day at Sagres Peninsula. We all know this place is amazing in the autumn and weaker in spring. However, it was one of these days when birds appear everywhere, the place was full of migrants, including a Roller! The second day, at Monchique, was pretty hot but we still had good views of the target species including singing Cuckoo, Rock Bunting and Melodious Warbler. The weather started changing on Wednesday and we had the first rain of the week. That day, we went to Abicada in the morning and the most interesting place was by the roman ruins with “Purple birds” (Heron and Swamphen) and a family of Black-winged Kites. We spent the afternoon at Alvor dunes where we had nice sightings of Sanderlings, Kentish Plovers and Little Terns. The biggest surprises of the week appeared on Thursday morning during ringing with an Orphean and a Western Olivaceaous Warblers! The afternoon was good too as we went to Lagoa dos Salgados a famous place for good sightings (Little Gull, Ferruginous Ducks, Little Bittern, Great Reed Warbler…). Friday as usual was a long day spent in the Alentejo. The weather was not great in the morning but we still saw Little and Great Bustards, Montagu’s Harrier, Rollers and Lesser Kestrels. In the afternoon, we completed the list with more Alentejo specialties such as Cinereous and Griffon Vultures, Collared Pratincoles, Gull billed Tern and 2 Spanish Imperial Eagles. Saturday was quieter with a walk around the Ria de Alvor marsh. It was pretty windy so few birds were seen. We still managed to find families of Kentish Plovers, Flamingos, Avocets, Spoonbills, Black-winged Stilts and Yellow Wagtails. 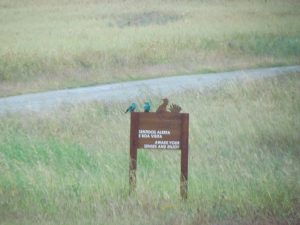 There are still vacancies for the autumn tours, have a look here. 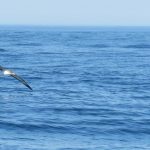 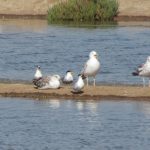