On October 19th, a Green Heron (Butorides virescens) was found at Quinta do Lago (Ria Formosa Natural Park). This is a first for Portugal and this bird already attracted many observers and photographers.

This species lives in North and Central America and could have been brought on the other side of the Atlantic by the recent tropical storm Leslie (which also probably brought many American passerines to the Azores and the first Red-eyed Vireo for Continental Portugal). 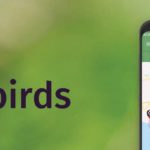