A couple of days ago, 76 species were recorded at Ria de Alvor in a 2h30 trip. This number may be on the highest recorded in the last few years. Also, on that day, 27 Audouin’s Gulls were present, definitely the biggest group ever seen at Ria de Alvor. Some wintering birds are still present such as Bluethroats, Crag Martins and Song Thrush while a few migrants have already arrived. The first Swift and Yellow Wagtail were found on that day, with Red-rumped Swallows and House Martins. Hopefully many of these birds will still be around for the 1st birdwatching week of the year. There are still vacancies on the next tours. Have a look here. 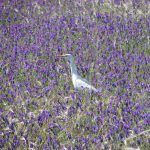 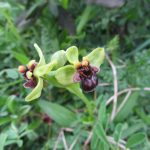