Migration time is over for birds of prey. The last days in the Sagres area have been pretty quiet. This allowed to spend some time in various harbours and have a look at gulls, a rewarding activity since 2 rare one have been found and identified, with the big hep of P. Adriaens.

First, at the beginning of December, an American Herring Gull was found at Portimão fishing harbour, only the second record for the Algarve! This bird is quite easy to find and already many birders have visited the place to see it.

A few days later, at Sagres harbour, a juvenile Caspian Gull was found. This would be the 3rd record for the Algarve, however, this bird did not show some odd features for the species and may be a hybrid.

For those who do not like gulls, there were also 3 obliging Alpine Accentors at Cape St Vincent. 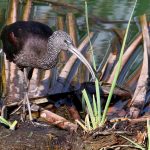 What can you expect during a week long tour?Sightings, Tours 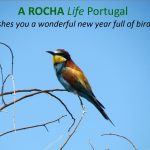