On April 9th, during a wader count session, a Plover amongst Grey Plover caught my attention. This bird was smaller and had well marked supercilium. I took some pictures and had a good look at at his bird before it flew away. While I was already thinking this bird could be a vagrant, the possibility of it being a European Golden Plover was still on the table. Back a Cruzinha, I started looking at pictures and studying literature. It looked good for an American Golden Plover. However, having no experience with this species, the pictures were shared online and it appears the general consensus is this bird looks good for an American Golden Plover, a species not seen at Ria de Alvor since 2000. 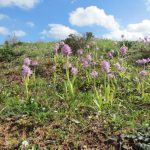 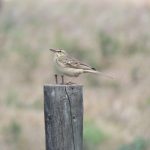