A day out in the Alentejo is always an adventure. You are hoping for the best but you never know what will show up. It is what happened during our last trip there. The day started very well. the weather was a bit chilly but sunny. The first birds of the day were a Montagu’s Harrier, Red Kite and Lesser Ketsrels. We spotted a male Little Bustard displaying and small flocks of Black-bellied Sandgrouses were flying by. Then, we explored the area without adding much to the list for quite a while until we stopped on a small vantage point. A Calandra Lark was singing above us and while we were looking at Lesser Kestrels. That is when we spotted 2 immature Spanish Imperial Eagles. Three Griffon and a Cinereous Vulture were also soaring above us. A few minutes later, 2 more Cinereous Vultures were soaring with 2 Short-toed Eagles. Then, for another while, we did not see much until a Great Spotted Cuckoo appeared and shortly after 2 immature Spanish Imperial Eagles (probably the same as before) mobbing a Golden Eagle! At that point, we still had not seen Great Bustards (and so far A Rocha Life never guided a tour in the Alentejo without seeing them). The weather was not so good anymore and we were running out of options to see these big birds. We tried a spot where we had never seen them before and there they were, about 15 of them, some males displaying! A look on a close-by lagoon added Great Egret, Spoonbill and several species of ducks to the day list. In the end, a great day and we were lucky since it rained quite a lot in some places (but we remained dry).

Have a look here to see our guided birding tours. 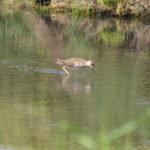 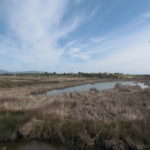 Update of the Autumn Birdwatching WeekUpdates